Augmented and virtual reality is becoming a staple in brands’ marketing activity, and with so much buzz around AR and VR coming in 2023, what is the real difference between the two?

What is virtual reality?

People often associate virtual reality with hardcore video gamers and large headsets, and whilst VR is dominant within the gaming industry, this isn’t where its applications end. The truth is, virtual reality is any three-dimensional (3D) computer-generated environment that can be explored, interacted, and engaged with. Although we are mainly comparing AR with immersive VR in this article, there are also two other types of VR, non-immersive VR, and semi-immersive VR. Here is a quick breakdown of the three:

Don’t let the name trick you, non-immersive virtual reality is the most common type of VR and, when executed correctly, is incredibly immersive. This type of VR places the user in a computer-generated environment (like all VR), but the user will still see their physical environment.

Have you ever been hooked on playing a computer game on a console or PC or explored and interacted with a virtual showroom or exhibition on a browser? These are both types of non-immersive VR. And before you mention it, yes, we agree the name should be changed! 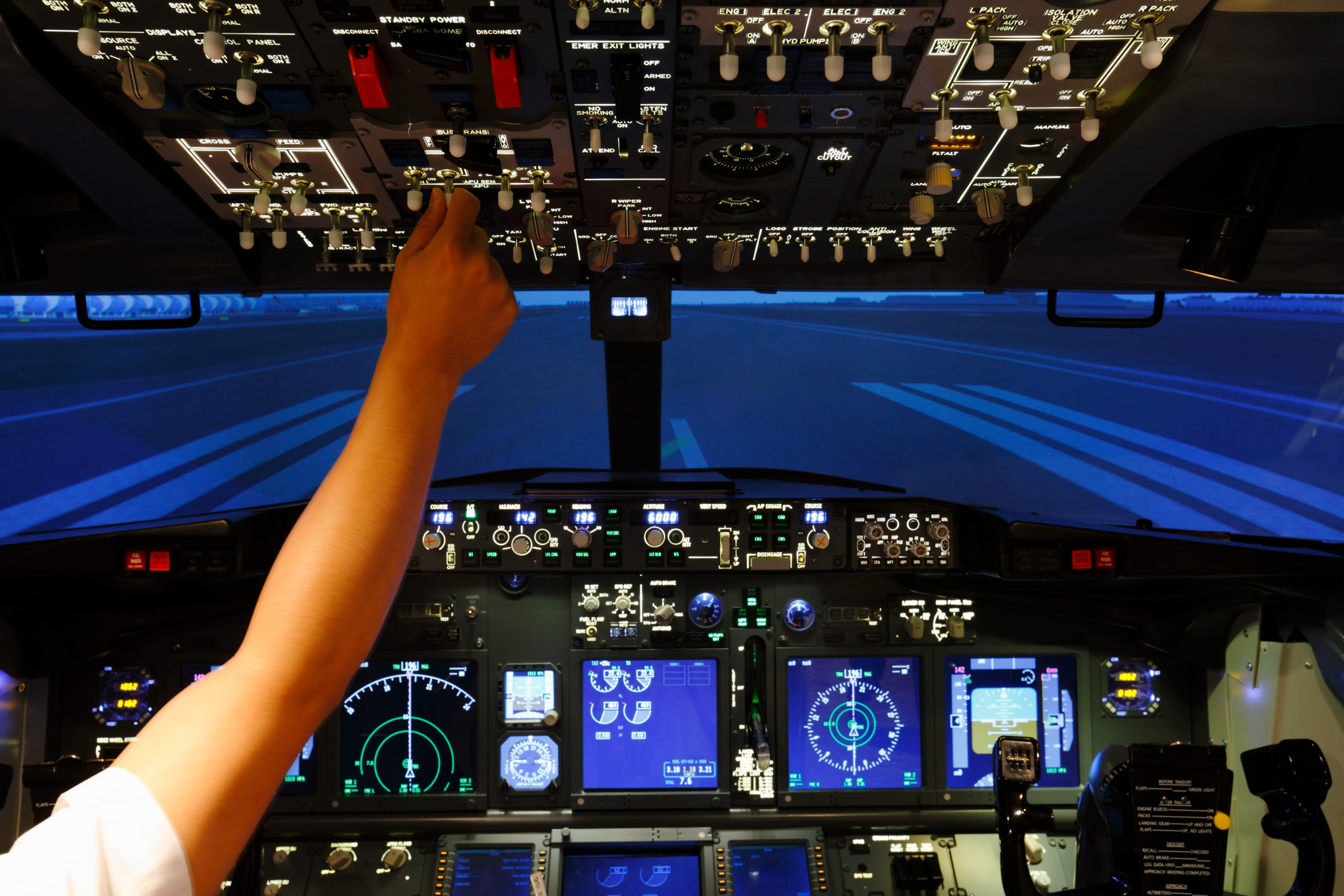 We’re getting there but still not quite fully immersed in VR yet. As you’ve probably guessed, semi-immersive VR combines a physical and digital space. This combination is designed to provide an experience of being somewhere else, whilst still having control of the physical environment.

Semi-immersive virtual reality is commonly used for learning and training exercises, such as flight simulators. The physical space will look like a cockpit whilst high-quality monitors display 3D graphics to replicate real-world space and situations.

Blindfold or VR headset? Honestly, without the unit turned on you won’t be able to tell the difference. Full immersive VR totally takes over your vision, all you’ll be able to see is the 3D environment you have entered. This is just about the peak immersion you can get in VR in its current state. VR headsets commonly include a display screen, sensors, compatible controllers, and stereo sound systems to deliver an experience dissimilar to anything else. All of this completely replaces the physical world you know with a virtual one. Don’t try and actually run in the virtual though, because although you won’t believe it, you are still in the physical world and going face-first into a wall still hurts.

Immersive VR can take you almost anywhere. When gaming you could become a Jedi fighting stormtroopers on a distant planet or maybe you’ve accessed an exhibition through an app, interacting and communicating with other people’s avatars as if you were there.

Although we’re not quite at Ready Player One level yet in terms of technology, VR is becoming more accessible thanks to some affordable headset units. The Meta Quest 2 and PlayStation VR headsets are two of the most popular and cheapest, whilst the Valve Index comes in at a higher price. These headsets are mainly built for gaming, but the new Quest Pro from Meta looks to tackle some other industries, and even includes some AR features.

How is augmented reality different to virtual reality?

Turn down the immersion (for now) but notch up the potential. Whilst VR totally replaces your reality, AR adds to it, bringing the virtual world into your real world. Augmented reality works by allowing you to see the world around you with digital images or information layered onto it.

We know what you’re hoping we will say, “AR glasses are here”, and although this is all but guaranteed to be the future of augmented reality, we are still some way from reaching the expectation of augmented realities’ potential with glasses. Whilst some fairly advanced AR ‘smart glasses’ exist, they are still more like headsets and can be extremely expensive. The Microsoft HoloLens 2 is considered the most advanced but coming in at roughly $5000 and, only having specific use cases, doesn’t exactly make it a household item.

Unlike VR, AR is designed for free movement and, despite access to smart glasses being somewhat restricted, AR is far more accessible than VR. The technology extends into smart devices, particularly smartphones which nowadays are more than capable of running complex AR experiences.

How can I use AR?

AR on smartphones can be accessed in two ways, through an app (app-based AR) or a browser (webAR). Whilst app-based AR is powerful and usually fulfils a defined purpose, it does require a download (which most people simply won’t bother doing). On the other hand, webAR is accessed through a browser, making it almost instantly accessible, flexible and appealing to wider audiences and marketers. Never tried webAR? Test out the REYDAR 3D viewer below and tap the ‘AR’ button to ping the headphones into your own space:

It’s incredibly likely that you, yes you, have experienced AR at some point. Have you ever used a Snapchat or Instagram filter or played Pokemon GO? Yep, both use augmented reality.

Augmented reality applications could be as complex as having animated characters jumping around your room to a simple data overlay displaying the date, the potential for augmented reality is limitless, and ideas and desires are currently ahead of the technology available. Ideas will one day in the not-too-distant future meet reality.

The difference between augmented reality and virtual reality

Whilst sharing similarities, augmented reality and virtual reality are both unique, achieving different things in different ways. Virtual reality replaces your reality, whilst augmented reality adds to your reality. VR is currently more immersive, and high-end technology is more accessible in comparison to high-end AR tech. However, AR is more accessible in general and has far more applications for marketers due to the number of people with smart devices, providing more freedom and flexibility.

Transform your customer engagement, reduce decision-making time, and increase conversions with our 3D and AR viewers. Host an online virtual exhibition with our innovative Metaspaces that can be accessed anywhere. Invite your audience to an online retail environment with our virtual Metastores. We make brands metaverse-ready with innovative technology. Contact the REYDAR team to find out more. 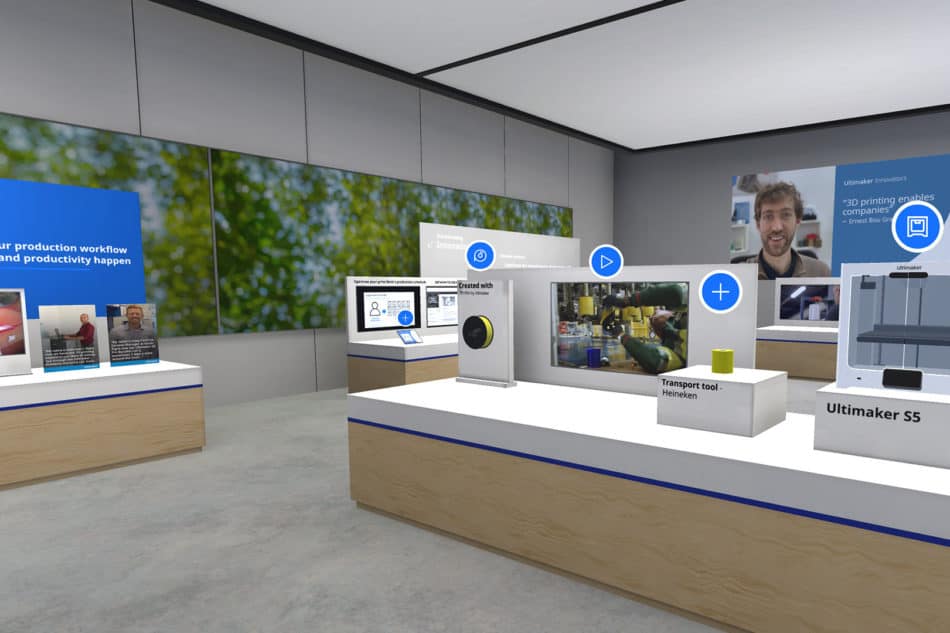 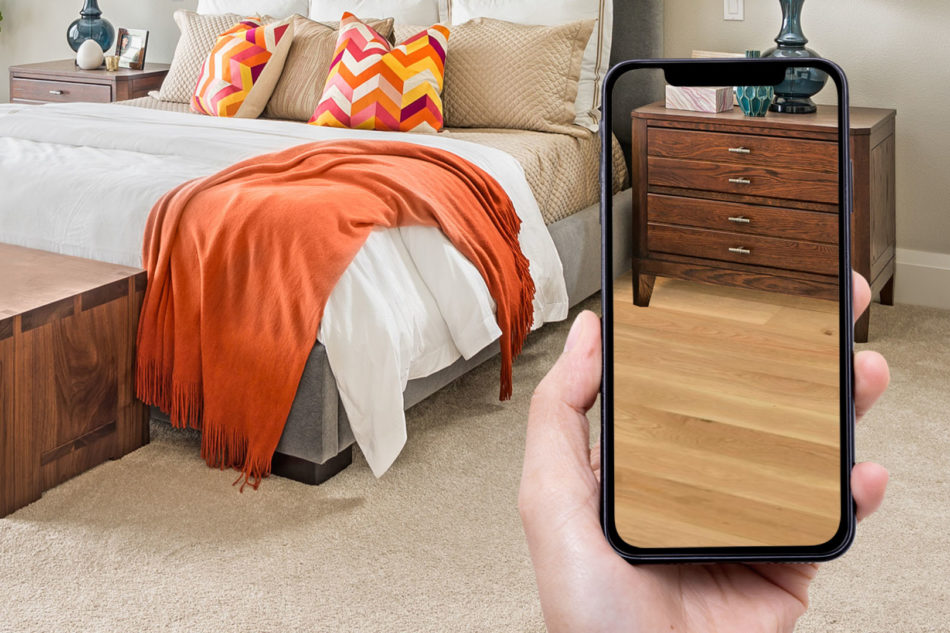 What is Roomvo and what alternatives are there? 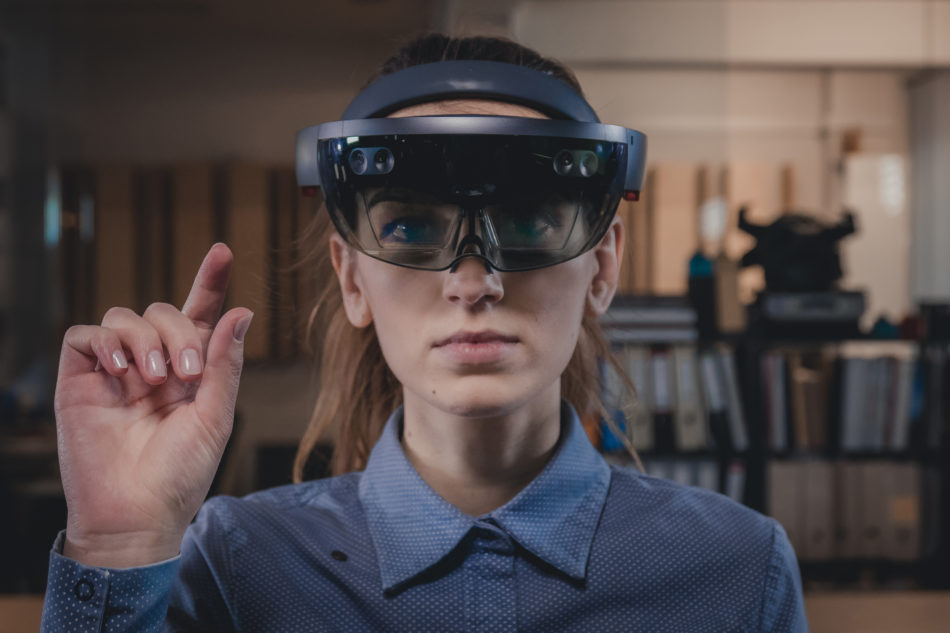 We use cookies to ensure that we give you the best experience on our website. If you continue to use this site we will assume that you are happy with it. You can view our Privacy & Cookie Policy here.
ACCEPT
Manage consent